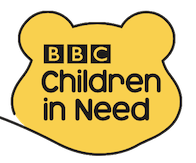 Create a custom website on a flexible platform to meet online fundraising demands before, during, and after an annual charity appeal.

BBC Children in Need worked together with WP Engine to build a new website, helping the organization raise more than £40M in 2020. This generous amount benefits vital charities and projects which change the lives of children and young people all over the UK.

From a technology perspective, the site was architected to transition from infrastructure that supports low traffic during the quiet part of the year to a new AWS instance for heavy traffic during the period leading up to Appeal night.

The site also features integrations with Cloudflare for enterprise security, and New Relic and Pingdom for monitoring purposes. At its peak, the site has seamlessly handled more than 200,000 visitors, providing a great experience for all users without missing a beat.

From meeting more people online to making it easier for anyone to donate as much as they want, a new hosting platform and a new website have paved the way for Children in Need to raise an incredible £41M in the past year alone, while creating new opportunities for future projects.

BBC Children in Need is the BBC's UK charity. Dating back more than half a century, the organization was founded to change the lives of disadvantaged children and young people across the UK. Their vision is to ensure every child in the UK has a safe, happy, and secure childhood and the chance to reach their potential. The BBC Children in Need Appeal Night takes place annually on BBC One, providing a jam-packed evening of entertainment with celebrity guests who come together to help raise money for an amazing cause.

BBC Children in Need currently supports more than 3,900 local charities and projects in communities across the UK that help over 550,000 children and young people facing a range of disadvantages such as living in poverty, being disabled or ill, or experiencing distress, neglect, or trauma.

"We moved from the BBC’s platform—one that’s designed to make sure BBC News never fails— to one providing that same reassurance but flexible enough to allow for a few personalised requirements. It also had to scale, because our website is very quiet for three-fourths of the year and then sees a huge spike in traffic in November for our BBC Children in Need Appeal Night.”

Since its founding in 1980, BBC Children in Need has raised more than £1 billion for disadvantaged children and young people in the UK. While the charity’s website was long-supported as part of the BBC’s larger web platform, several needs emerged over time that necessitated the building of a new, independent website that would allow for customisations and more autonomy over the content that appeared on the site.

As the team at BBC Children in Need was searching for a new site platform to support them during their annual fundraising events, the flexibility of WordPress immediately jumped out as an option.

While some questions remained about hosting and backend maintenance, the team found that when they combined WordPress with the power and support of WP Engine’s enterprise-grade digital experience platform, they had found their answer.

Every year, BBC Children in Need has three major stages of fundraising that span several months leading up to their November annual extravaganza: the Appeal Show.

Beginning in  September, visitors need to access a wide range of customisable fundraising resources to set up individual and local fundraisers. In October, the BBC launches a series of weekly TV shows that bring together celebrities and local children in order to fundraise. In November, the big annual Appeal show airs live on BBC.

Prior to the show, fitness coach Joe Wicks completed a 24-hour workout challenge for Children in Need. He was joined by stars including Louis Theroux, Melanie C, Sam Smith, and Dame Kelly Holmes as he completed a range of activities, from cycling, yoga, boxing, and rowing to his signature, high-intensity workouts.

A bespoke solution for reliability, security, and visibility.

During all the critical months of fundraising, which rose to a crescendo on the night of the 2020 Appeal Show, the BBC Children in Need website was able to handle multiple surges in traffic, and provide timely, performance monitoring of the traffic, all while meeting stringent security and regulatory requirements from the UK’s Fundraising Regulator and other agencies.

One of the platform requirements BBC Children in Need sought was a CMS that was intuitive and easy to use, where many different members of the team were empowered to create their own content. Because it’s more intuitive and easy-to-use than other CMS solutions, WordPress opened up content creation to a much larger pool of people within the organization.

The second major requirement was the need for a platform that offered scalability, due to the site’s varying traffic levels throughout the year.

Beginning in the fall and then rising to their five-hour Appeal show, it’s absolutely critical that the site never slows down.

BBC Children in Need’s digital experiences enjoyed the highest levels of uptime, security, scalability, and performance through a combination of best-in-class technology and human expertise thanks to WP Engine’s platform.

Ultimately, WP Engine worked with BBC Children in Need to create three distinct zones of scalability: one for the three-fourths of the year when the site is quiet, one for the weeks leading up to the Appeal show, and one for the day of the show itself.

The transitions throughout those periods from an existing instance to an AWS instance and back again were seamless.

Lastly, the WP Engine customer success team worked with BBC Children in Need to set up a Slack channel integration where they could monitor and collaborate as well as integrate Pingdom, which helped them monitor the server’s availability and performance.

The whole team was able to see how the site was behaving and where the traffic is coming from in real-time. 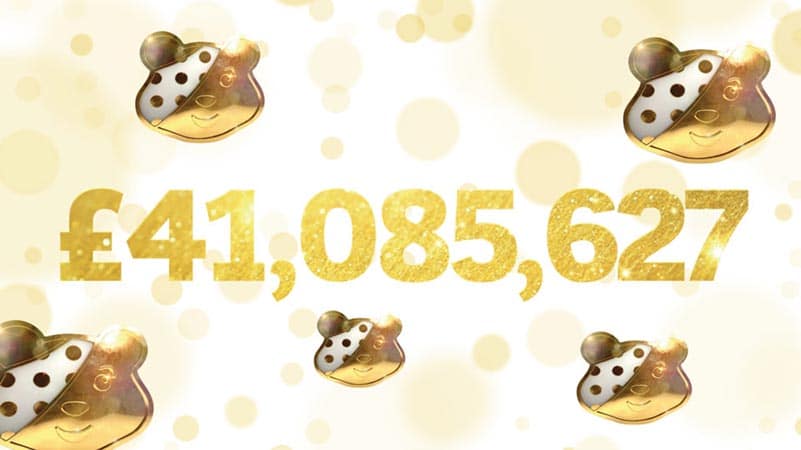 Fun-raising the bar for customer service.

The 2020 Appeal show marked the crescendo of the year’s fundraising activities for BBC Children in Need with a special night of family entertainment to help raise money for disadvantaged children and young people in communities across the UK. The organisation raised a phenomenal £41M for BBC Children in Need’s 2020 Appeal; money that will go on to make a lasting, positive impact on young lives.

From a user perspective, the site offers an easy donate link, which allows visitors to give in specific, incremental amounts or allows them to choose their own amount. It also allows donors to select the charity of their choosing.

Equally important, the site empowers users to control their cookie settings, in one of the more transparent cookie dashboards, as well as learn how the BBC Children in Need website is using their data.

“Through all facets of the journey, and especially on Appeal night, WP Engine understood the importance of what that night was for us,” said Peter Spierson, Digital Marketing Manager for BBC Children in Need. “The site performed flawlessly and the dynamic monitoring of the team was above and beyond the agreed scope.”

Going forward, BBC Children in Need expects to continue to benefit from the flexibility of the WordPress CMS on WP Engine’s platform with a more sophisticated donation journey and by offering greater personalisation so that donors will automatically be able to hear and read about the UK children in their area who they can support.

Bring your digital vision to life.

From headless solutions to mobile optimisation, organisations of all sizes rely on WordPress powered by WP Engine as the enterprise platform to go to market faster and bring digital ideas to life. Find out more about WP Engine and the way we help power the freedom to create with WordPress.

Talk to a Specialist